Last time I enthralled you with my tales of being on a podcast and actually going out and using a film camera in anger. (You can read it here) Well this is the follow up, my experience developing my first roll of B&W film (part 1) and the process of getting it onto a computer (part 2)

I have to thank my friend and fellow dealer, Jonathan from Student Photo Store, for his help supplying me with the basic kit to get me started. He supplies a good range of equipment and his website is well worth a visit www.studentphotostore.co.uk . He kindly sent me the following at discounted mates rates.

I was very excited when the parcel arrived and pleased with the contents. I already had a large film changing bag so was all set the delve into this new world. All I had to do was work out which chemicals went where and when, easy right?

Ilford chemicals have a handy peel back label that shows the dilution ratios, which was great, but I still needed the the development times for the film I was using. On the inside of the Tmax 400 box there was a lot of information about dev times but only with Kodak chemicals so I was slightly stumped at first. But, it did give me the agitation info (every 30 seconds) so no all bad. Next stop the Ilford website and their really useful technical information sheets for Ilfosol and Rapid. I printed them both off and they included the dev times, temperature and fixing times so now I had all the information to hand.

The Patterson tank shows on the bottom the volume of chemicals needed depending on whether you are doing 1 reel, 2 reels or 120 film. In my case 290ml so all I needed to do was divide this by dilution ratio. Maths is not my strong point and I struggle with the simplest of tasks but I did notice in the Ilford tech sheets that they have a handy table to take the pain away. It shows tank size in ml and the nearest one to mine was 300 (whats 10ml between friends) so the dilution was 30ml dev to 270ml water, easy peasy lemon squeezy, and no mathematical gymnastics needed.

30ml is quite a small amount of liquid to measure and the jug I had only went down to 50ml. I really wanted to get this film done that day and the thought of ordering a small graduate and waiting for it arrive in the post was too much, I needed another plan.  I then remembered my wife weighing liquid on some digital scales when she was baking. This was the answer! A quick root around in the kitchen located them and they had a ml setting. All I had to do was put the jug on reset the thing and add 30ml of dev and top up to 300ml with water. I did the same for the fixer (with a fresh jug) and had both sets of chemicals ready for action.

Back when I was working in camera shops I had plenty of practise using a dark bag. Many times a customer would come in with a broken camera that a film was stuck in or snapped. It was great fun to pop the camera in a bag with a few utensils and minutes later hand them back their film, all safe and ready to develop. I felt like a magician making a rabbit appear out of a hat. So, the prospect of removing the film from its canister and getting it on the Patterson reel was not daunting in the least, in fact I was rather looking forward to it. (However if anyone  reading this is thinking of doing it for the first time, I would recommend getting a scrap film and practising the whole process in daylight a few times before attempting it. You don’t want to find yourself with a film floating about in the bag with your arms trapped and no way to get out of it without ruining the film). The Patterson tank also comes with a good set of instructions and is well worth a read. Also, Ilford has as a really good video on YouTube showing all the steps you need to develop a film which I also looked at before taking the plunge.

So, the film was in the tank, chemicals were mixed and ready for action. However I decided that given my aging memory  I better make a quick list of what I had to do and when.

On opening the tank at the end I was horrified to see that the negs looked black but when I undid the reel all the pictures had come out and they looked quite good to my eye. They were a bit dark around the rebates and my twitter followers recommended I fix the film for a bit longer which I did, and they did lighten a little. But due to the film being 15 years out of date it seemed to have affected the film this way but the pics are still usable. 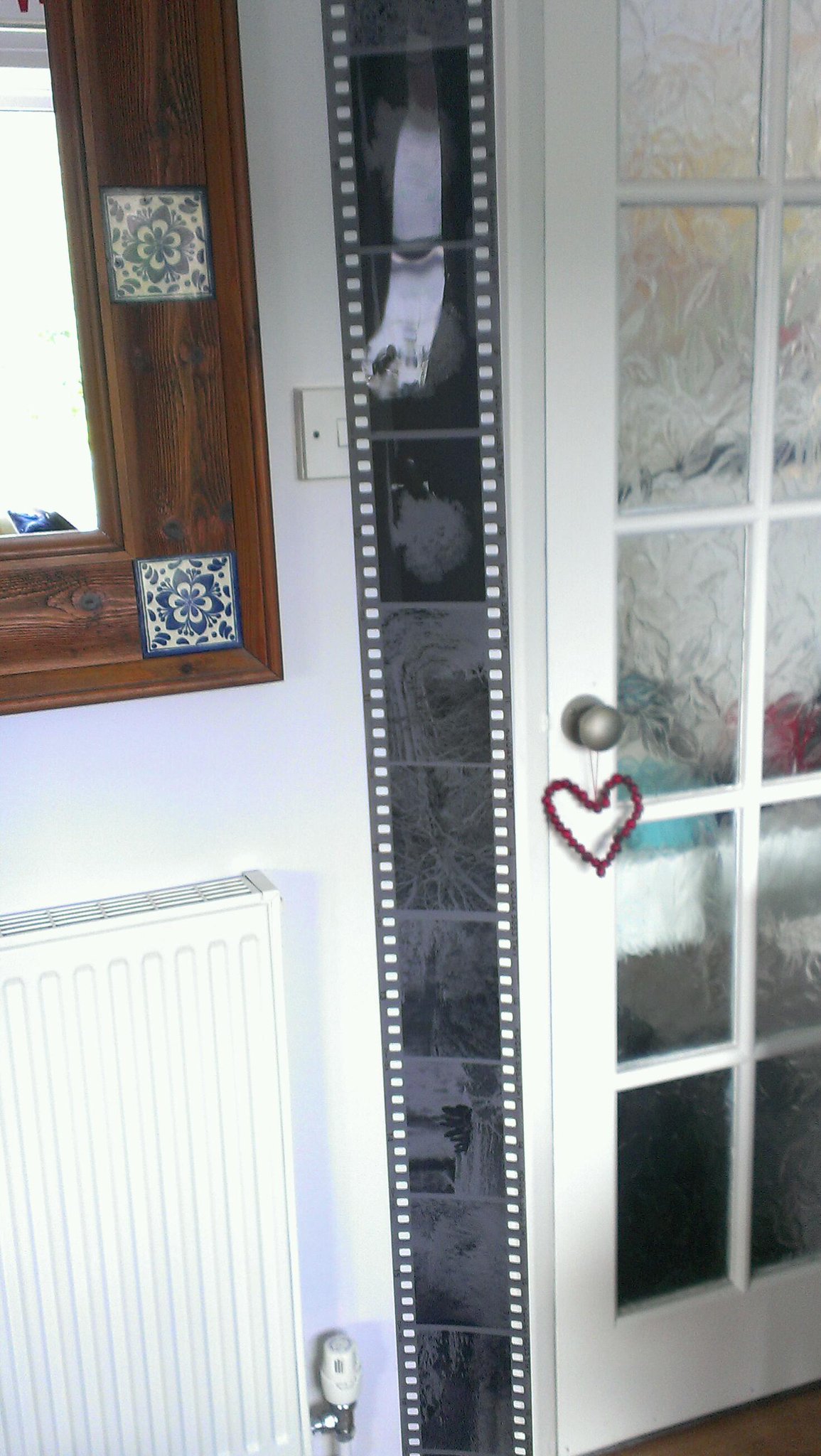 I felt a real sense of achievement and whole experience was a delight from start to finish and would recommend home developing to anyone wanting to have some fun with film.

Next in Part 2 I will talk about scanning the negs.